Performing closeup/walkaround magic for cocktail parties, restaurants, weddins etc, he can also include a 10-20mins stage/cabaret spot as well if required. his tricks are "edgy", with a lot of them based around street hustling and scamming, which goes down very well in most young, vibrant environments - just not kids parties... :o)

Rich performs an Artful Dodger character. It's not pick-pocketing as such, but plays very much on the Oliver Twist/Early Victorian theme with hustling tricks and vanishes etc., all in costume which can also include a 20 minute authentic London street show

Rich has entertained up to 1000 people in mix and mingle situations, sometimes including members of the Royal family and other dignatories. Performing at venues such as the 02 Arena, The NEC, The Ricoh Stadium, and probably most notably, Knebworth House in Hertfordshire, as well as small gatherings in pubs/bars/restaurants across the country. His closeup act centres around hustling audience members, street scams, money magic, etc., and is perfect for either cocktail party/pre-dinner walkaround, or for table/dinner situations. As mentioned before he also performs a 20-30 minute 'parlour/stage' show, which is great as a stand-alone show or indeed is ideal for meet and greet. 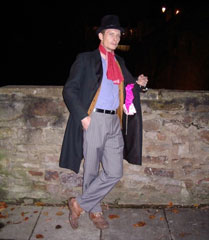 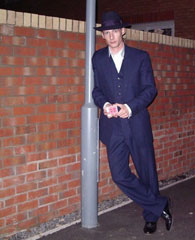 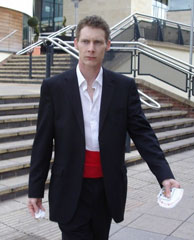 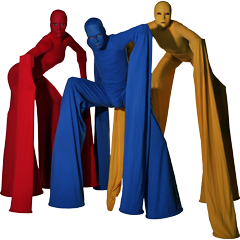